Reshaping John Dillermand: The book is mightier than the penis

Denmark’s equivalent of the ABC, DR, has launched a TV show for children aged 4-8 about a man with a penis that can grow very, very, very long and often gets him into trouble.

His name is John Dillermand, with Diller being Danish slang for penis.

And my argument is that focussing on well-endowed genetalia is not where we should be looking at the moment; we should be keeping our eye on the ball.

For example, if John Dillermand were to keep his hands on a book, there’s every good chance he’d divert his energies into constructive thought.

In fact, just thinking about it is stirring something in me, which I’ll share with you in a moment.

What does Dillermand do with his Diller?

In the show, Dillermand‘s appendage often gets out of control.

Sometimes it does things like paint graffiti on walls, other times it fends off wild lions.

There is even one scene in which it extends and grabs a second tennis racket so he can play with himself.

Here’s one compilation of activity.

As an MBA, I need to apply MBA Thinking to understand what’s going on here.

On one hand, the timing alone is terrible with Denmark only a few months into its #MeToo movement, prompting some academics to point out this is not the time for a show featuring a man who cannot control his penis (should there ever be a time).

However, other academics argue the show depicts Dillermand taking responsibility for his actions, rectifying wrongs, and generally taking matters into his own hands.

Our HR Professor said she wasn’t sure how to take it. On one hand, she said, such lack of control is inexcusable, while on the other hand, Dillermand could well be the target of ridicule and body shaming.

This morning, I raised the large penis issue with my students and we tossed around a few ideas.

We think that DR should rewrite Dillermand as Diligenthand, a man who has an oversized book and takes great care to always be reading.

Wouldn’t that make for a better role model?

We think Diligenthand could choose a different book every show, therefore, children will only be exposed to big ideas not large genitals.

I would even be happy to model for them, should they wish to work with someone who is not afraid to get out his books in public, as this photo shows. 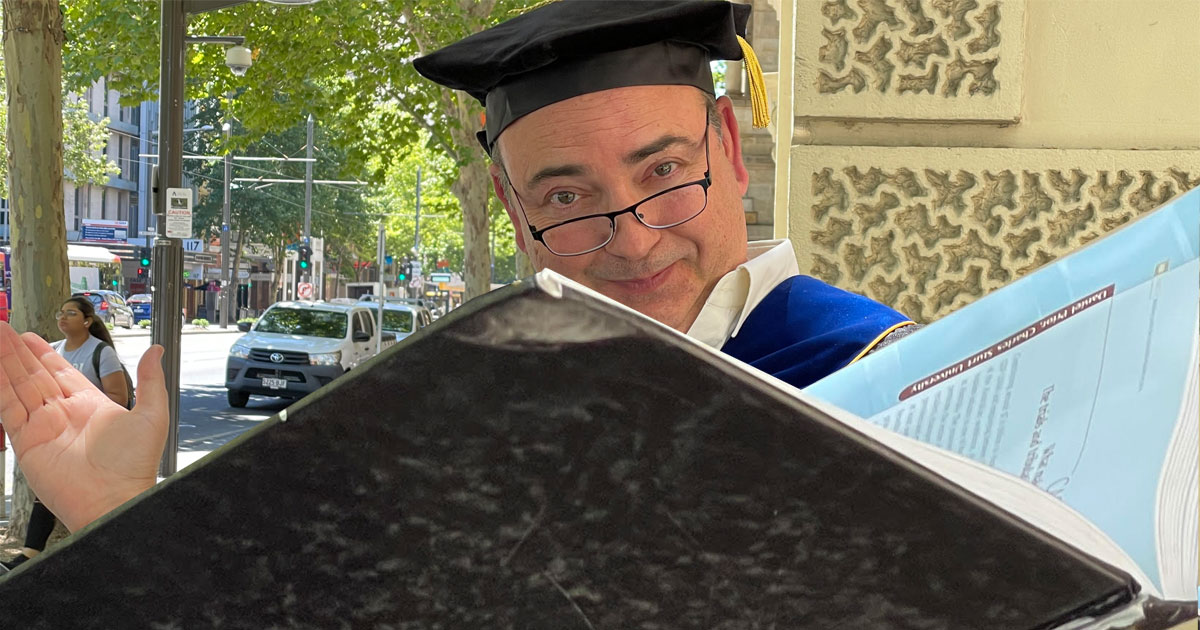 Yet again, MBA Thinking not only shows how to deflate tensions, but also how to raise the bar!

And you can become an MBA in an hour by clicking through to learn more about A Lunchtime MBA during the Adelaide Fringe Semester.