I’m not one for writing reviews of establishments but something struck me this evening as I stumbled into the Exeter Hotel in Rundle Street, so I had to write about it to “think out loud”.

I was in the area because I’ve been invited to join the breakfast program on Radio Adelaide on Friday morning and I was scoping out the locale when I was struck by how quiet, intense, and reflective the Exeter patrons were, scattered about on tables extending around two sides of the building and then within four internal rooms.

It brought back memories of England and the time we visited Exeter in the UK.

In the year 680, a monastery was built inside the old Roman town on the site of modern day Exeter, and for a moment I fancied the patrons as monks, sipping ale from their barrels as they huddled together within and around the walls of their fortress.

Upon venturing inside, I was further struck by the decor, or should I say, lack thereof. It’s as if the owners have a sense of pride in neglecting the interior, so much so that when I commented upon how fetching the distressed and exposed internal brickwork was, one patron retorted, “nah, that’s not distressed in a fancy way, those bricks are just shitting themselves.”

I made a mental note to alert Professor Jennie Shaw, Executive Dean, Faculty of Arts, at the University Of Adelaide, so that the social sciences team can be alerted to the local origin of the saying, “shit a brick”.

A pub with a mood

This pub seems to have a special mood.

At once it both invites you in while also giving you the cool shoulder, as if to say, if you don’t come in I couldn’t care less.

You’ll notice, as you wander past the clustered (or cloistered) groups of patrons that that nonchalantly, lift their eyes towards you, sometimes lifting their heads a few degrees, while they continue their sparsely laconic “conversations”.

I note that even the gay adornment of walls with flags and flyers, cannot lift the tone of the establishment above a relaxed and comfortable shrug.

Upon the walls hang various works of art and two held me transfixed. Let me show you.

Bird’s eye view of you

The first painting, I have called A Bird’s Eye View Of You because the eye follows you around the room from on high, therefore without obstruction, and therefore satisfying the necessary requirements for the term “bird’s eye view”. 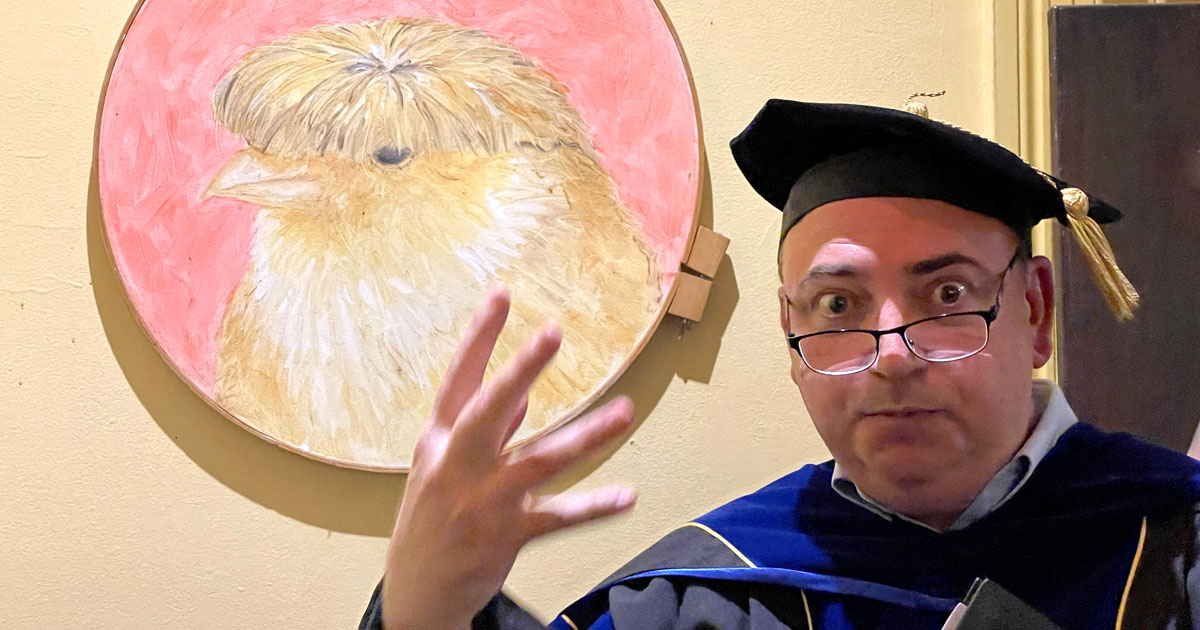 It is fascinating because the look on the bird’s face matches the nonplussed and content demeanours of the patrons drinking below it.

I am tempted to buy this for The MBA School Of MBA Credentials’ bathroom because it matches our mirror shape perfectly, and we could talk about how the mirror offers you a bird’s eye view of your self.

Note to self: Do not have it too close and within view of bathroom users while prone because the unwanted attention might constrict the full flow that one associates with our liberal school.

I got the sense that as much as this painting has the subject beseeching us to let her out, one is not sure if that means to leave the Exeter or just to be released from the canvas so the subject can join the patrons in the hotel. 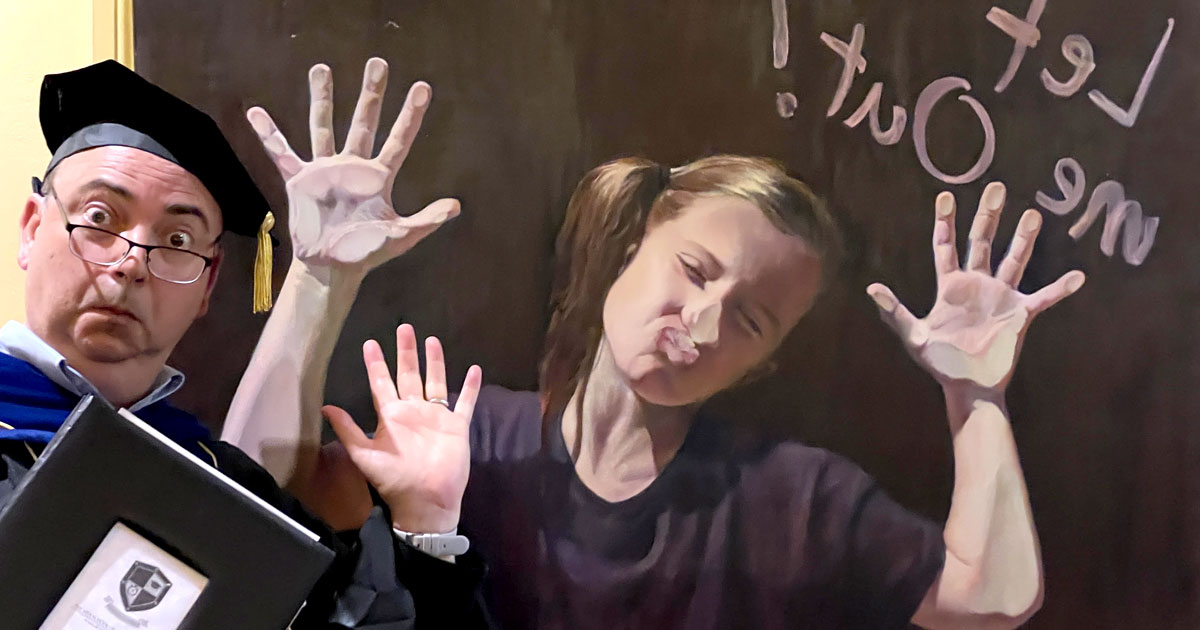 But the most haunting memory is the thought that this young subject symbolises the inner angst that many tertiary students carry while plodding through degrees lasting two, three, or four years.

Her plea touched me.

This powerful image has confirmed to me, like a bird tweeting from on high, that our approach to offering a full MBA degree in the course of one lunchtime, can bring the liberation that many people in South Australia yearn for.

Of course, there could be a different interpretation. Given how hard it is to judge the age of the subject, they might indeed be just under drinking age and have heard that police or parents are about to enter the pub.

Let me out, would indeed by the cry, and running face first into a blank canvas, might well be the outworking of such panic.

I look forward to returning, after my Radio Adelaide appearance on Friday morning. I do hope they’ll let me in!

You can taste this style of MBA Thinking for yourself, by signing up today to do A Lunchtime MBA during the 2021 Adelaide Fringe.